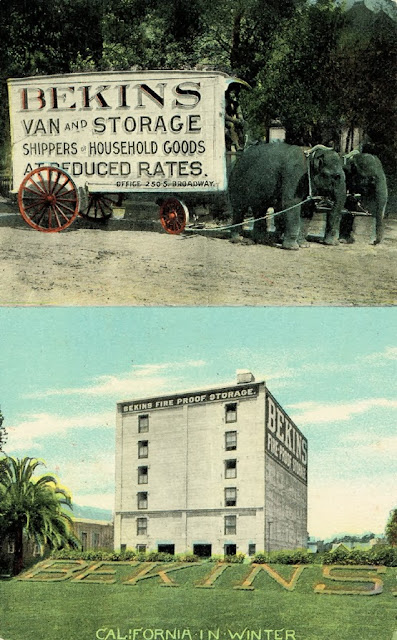 In its heyday the Bekins Co. owned more than 100 storage buildings in 14 states. In an attempt to streamline its operations in the face of stiff competition, Bekins began selling off its real estate in the early 1980s. By 1983, when purchased by Minstar Inc. of , Bekins' stock of warehouses had been reduced to 55.