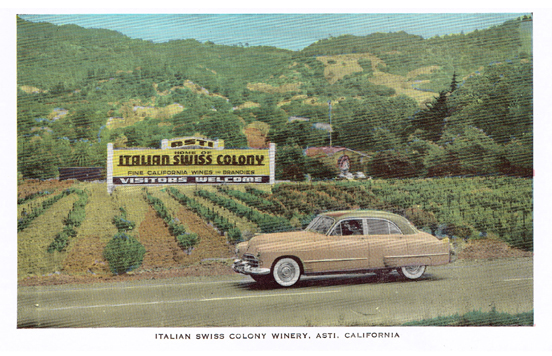 In 1880, California viticulture was rising in prominence. For Andrea Sbarboro, an Italian-American businessman, a winery seemed a natural fit for his Italian countrymen who were looking for work. He formed a new association chartered to fund an agricultural investment. Membership would be limited to Italians, but given the closeness of the Ticinesi both culturally and linguistically, Swiss were also allowed to join. He would name his venture the Italian-Swiss Agricultural Colony. 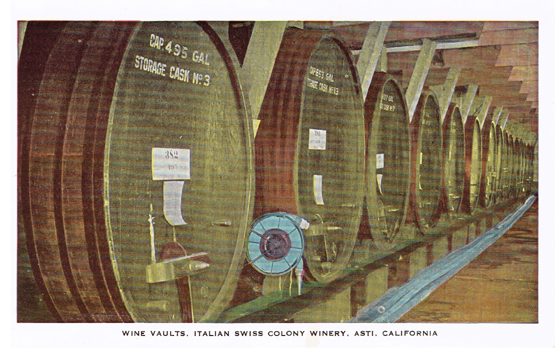 Sbarboro was an Italian immigrant who had arrived in San Francisco in 1850 at the age of 13. He started in the grocery business but later shifted his activities to local loan associations. He would famously found the Italian-American Bank, which merged in 1927 with A. P. Giannini’s Bank of Italy to become the Bank of America. 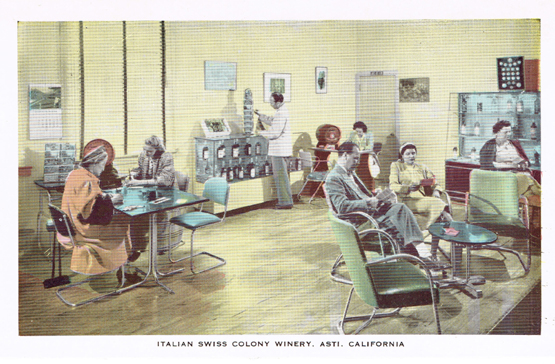 This card is from a black & white photo that has been tinted. You can tell since some things in the photo are still "shades-of-gray". Weird!...nobody's tasting wine!

When Asti was founded more than 125 years ago as Italian Swiss Colony, the goal was to create a thriving community that revolved around wine. For a while, that plan worked – at one point in the 1960s, the winery was the No. 2 tourist attraction in the state, second only to Disneyland. 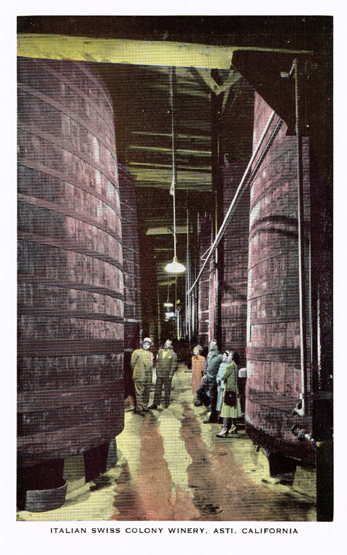 Amid an evolving wine business and a string of ownership changes, the Asti Winery shut its doors to the public in the late 1980s and essentially became an industrial wine factory.