The Glidden Tour - Detroit to Denver 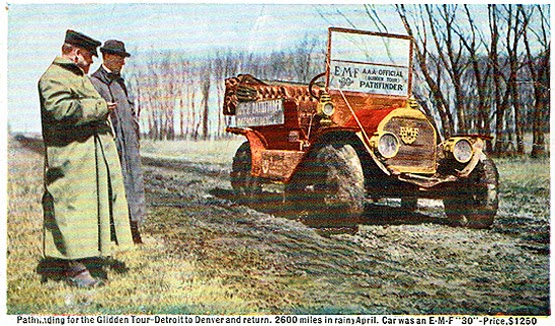 The American Automobile Association (AAA) sponsored the Glidden Tour. The name "Glidden" comes from Charles J. Glidden, a wealthy industrialist and avid automobile supporter, who became the most notable when he offered a $2,000 trophy to the AAA to be competed for by the touring cars. 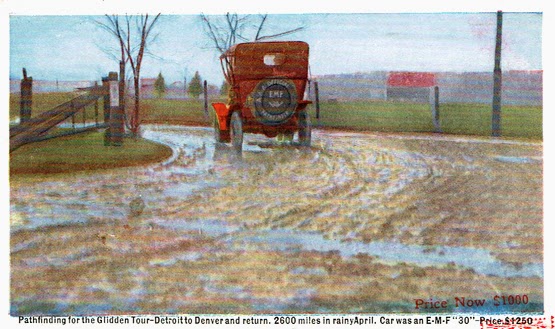 The race itself  began on July 12th, 1909, but, being designated the pathfinder vehicle, the E-M-F ventured out 3 months earlier on April 12th with tour officials to measure, map and photograph the tour route in time for publication for all tour participants. 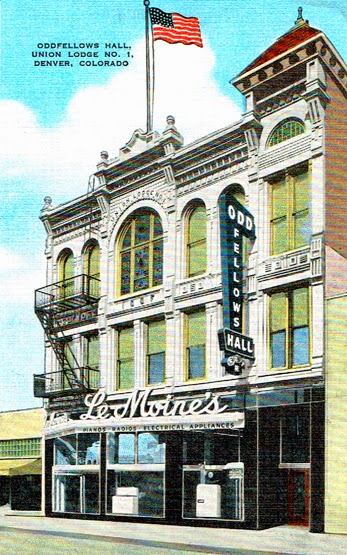 Although this 40's linen postcard is for the Oddfellows Hall, I believe Le Moine's appliance store got some free advertising!