The Pipe of Peace 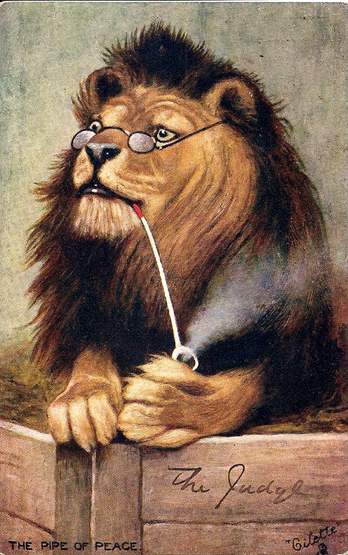 This card was in a postcard album I purchased many years ago. The album belonged to the family of U.S. Ambassador to Austria-Hungary, Richard C. Kerens. I'm not sure what the reference to "The Judge" is. It's handwritten on the card and perhaps is an inside joke between the two parties. Kerens served from 1909 to 1913 under President Taft. The card is postmarked in 1908, the year that Austria-Hungry annexed Bosnia-Herzegovina, a move that led to much unrest and eventually the assassination of the Archduke Ferdinand in 1914. World War I started 4 months later.

Interesting side note: There was a short-lived (1992-1993) TV series produced by George Lucas, "The Young Indiana Jones Chronicles". In one episode called "Vienna, November 1908" an actor portrays Ambassador Kerens. 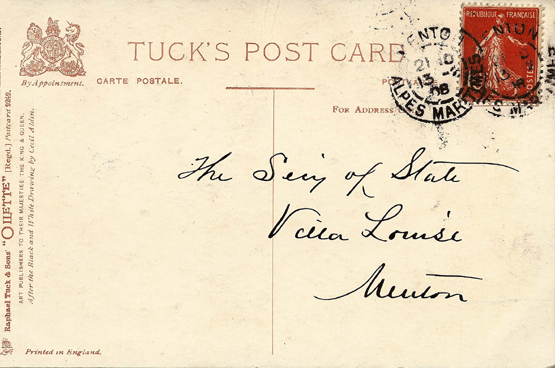