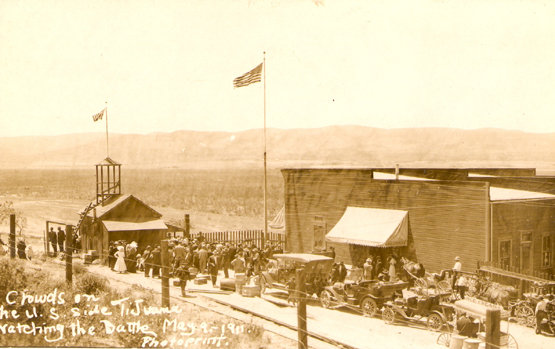 Battle-watching was a favorite spectator-sport all along the border,  included. Stray bullets claimed some of the curious, although none here, because the actual crossing was a mile or so from the major scene of the fighting. San Diegans arrived by the hundreds at the U.S. Customshouse on the international line. 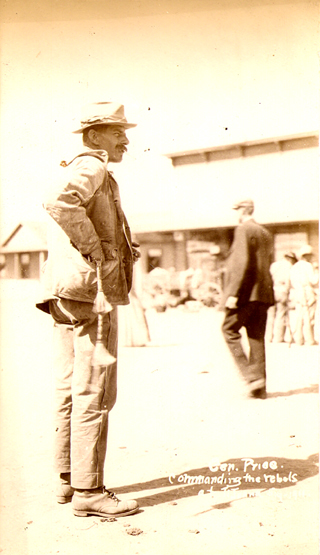 A Welch freelance soldier, Ceryl Ap Rhys Pryce (misspelled on the postcard), led the original attack on . He had fought for the British imperialists in  and during the Boer War in . Then he became a Canadian Mounted Policeman. After the debacle at , he quit the movement, beat charges of neutrality law violations in the  and went on to a minor movie career in . He then returned to , won medals for his military service during World War I, and there his trail disappears to historians. 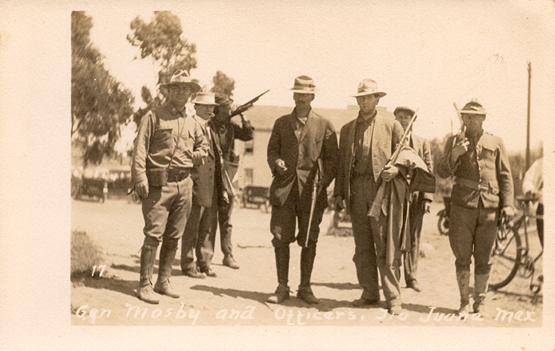 "General" Jack Mosby, a deserter from the U.S. Marine Corps, who had earlier been a gunrunner (it is not clear for which side, but perhaps both) during the Cuban war for independence against . 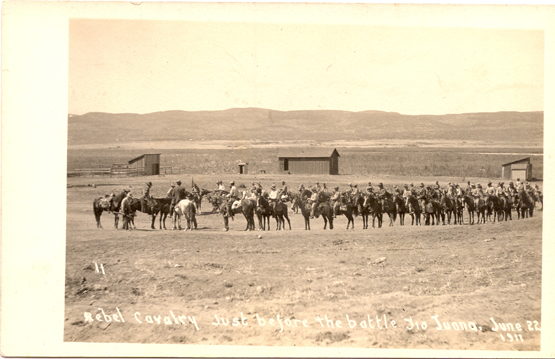 Insofar as can be judged, only nine Mexican nationals were among the more than 200 rebels who attacked . Unfortunately, their names, backgrounds and motivation have been lost to history. They have simply become "the Mexican presence" in a small facet of the Mexican Revolution 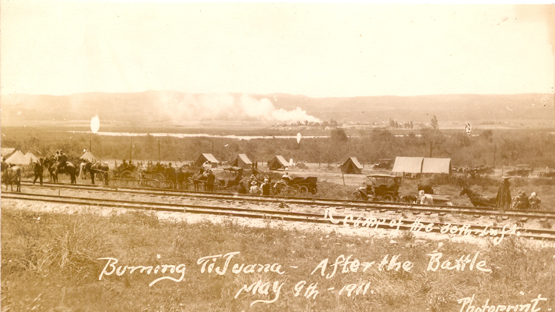 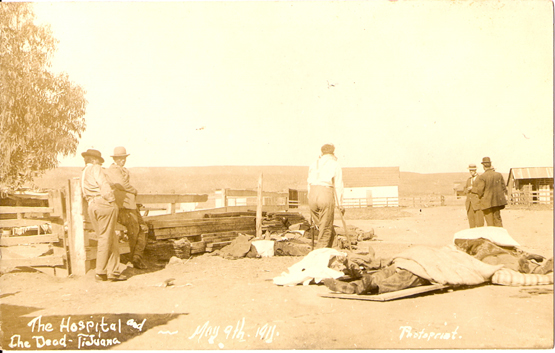 Some 20 federals, plus the mayor of , and at least nine rebels were counted among the dead after the battle of May 8-9. The corpses were normally covered with oil-soaked rags and burned, or buried in a common grave. 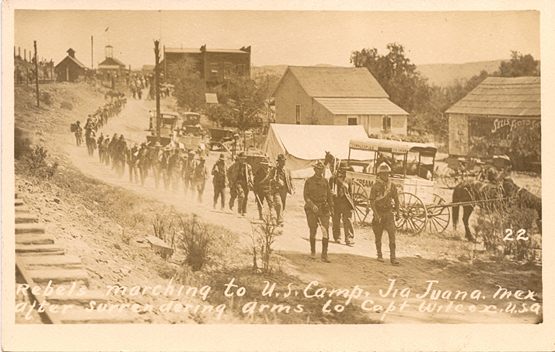 Some defeated rebels followed the railroad tracks right into the waiting arms of the  military, which had constructed its camp on the American side. For the rebels, it was either internment there or a firing squad in . So far as is known, no insurgent was captured south of the border. Just as well for , for  expansionists were looking for any pretext to invade and hold Mexican territory.

Temporary internment along the border: among those who fled to the were a dozen or more American military deserters who had joined the rebels. They were transferred to the security of and then sentenced by military court martial to terms up to 25 years at . Mosby, remanded to , was killed enroute, purportedly while trying to flee his military escort.