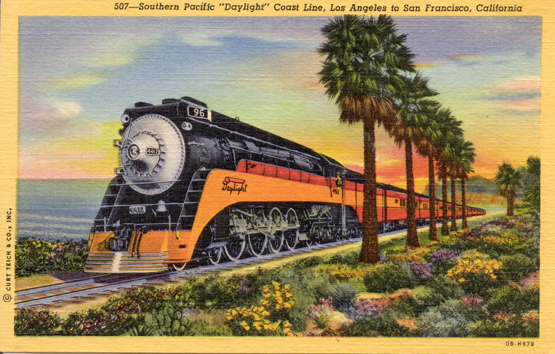 In 1983, train enthusiasts voted the SP 4449 the most popular locomotive in the nation. Southern Pacific 4449 is the only surviving example of the SP GS-4 class of steam locomotive. The GS stands for Golden State since operated in regular service in California. It was built by Lima Locomotive Works (Lima, Ohio) in May of 1941 and received the red and orange "Daylight" paint scheme for the passenger trains of the same name which it hauled until it was retired from service in 1956 and put into storage. 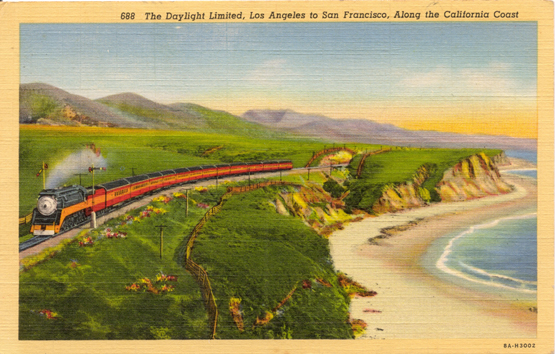 SP 4449 was restored in Portland Oregon and returned to operation April 21, 1975 wearing a special paint scheme of red, white and blue to celebrate the American Bicentennial (card below). As part of the American Freedom Train, it pulled a display train around the United States. After nearly 2 years on the road, 4449 was returned to Portland. The "Daylight" colors have been restored and the train has made several appearances throughout the country since then. 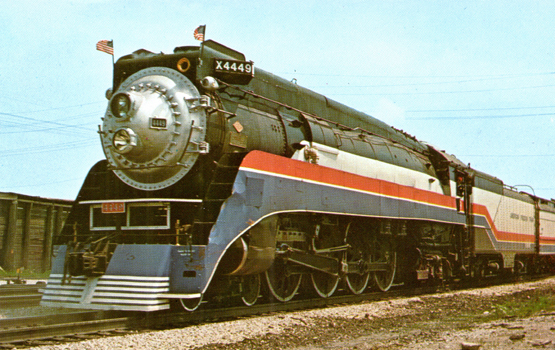 Email ThisBlogThis!Share to TwitterShare to FacebookShare to Pinterest
Labels: Trains 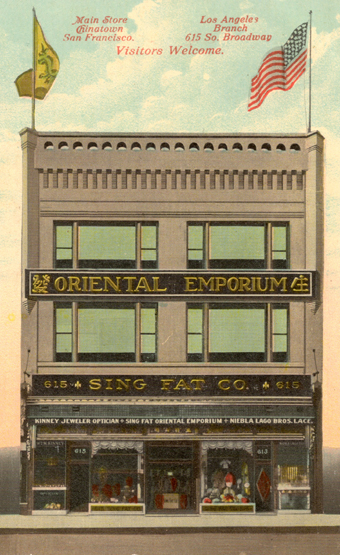 The main store for Sing Fat Co. was in San Francisco's Chinatown.
This branch was located in downtown Los Angeles.

The logo above is from the back of the card. 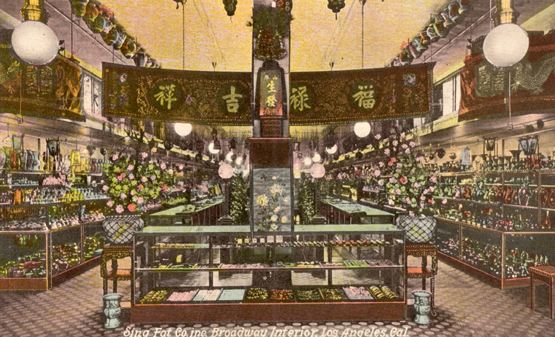