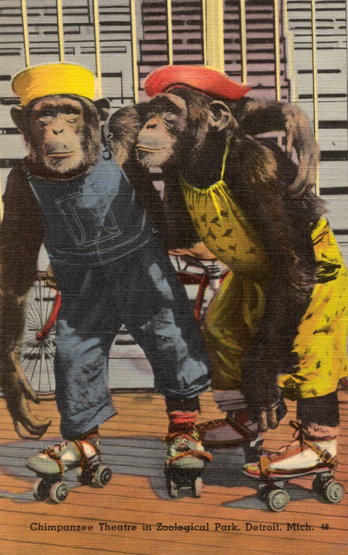 Two linens showing Chimpanzees performing at there respective zoos.
The 2 at the piano remind me of an old photo of the Gershwins! 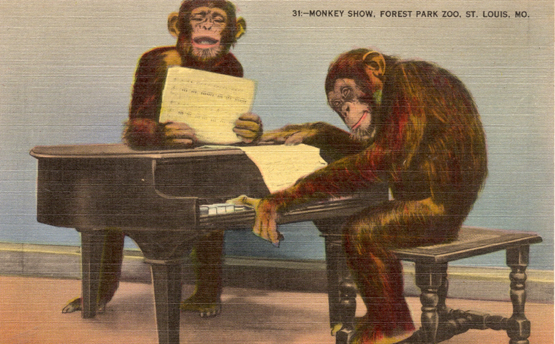 On a more "serious" note, the chimp below gets his nails done. 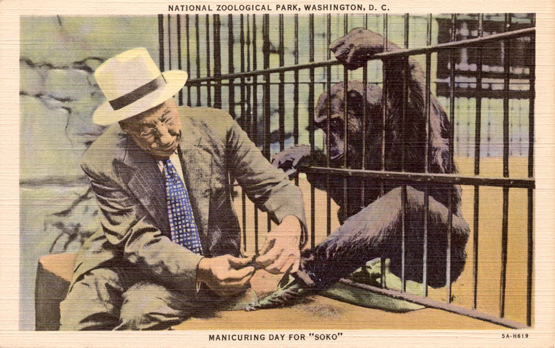 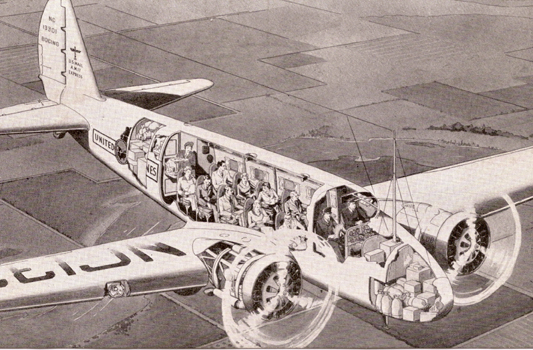 From the 1933 exposition in Chicago, "A Century of Progress" comes two postcards of a Boeing Wasp-Powered airplane for United Airlines. I love the cut-away graphics of the plane in this card. 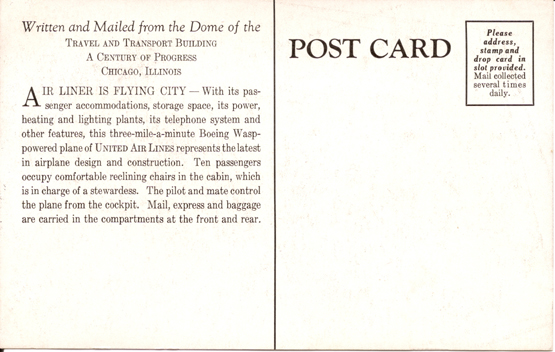 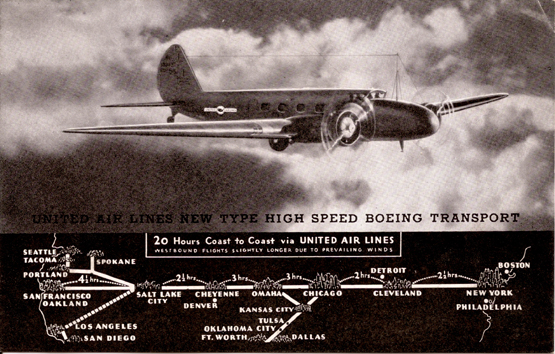 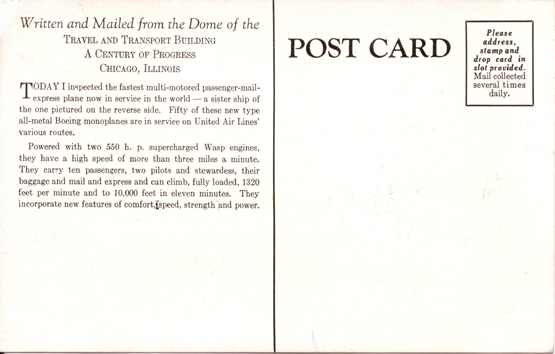 My first exposure to the House of David was a card that I saw on Postcard Roundup. I decided to go through my collection (a.k.a. "stack of shoe-boxes") and lo and behold, I found one! 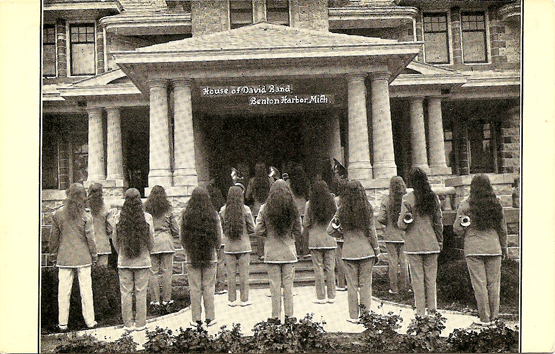 They're sure are proud of their hair!
Here is a link to an interesting site about the House of David Band: 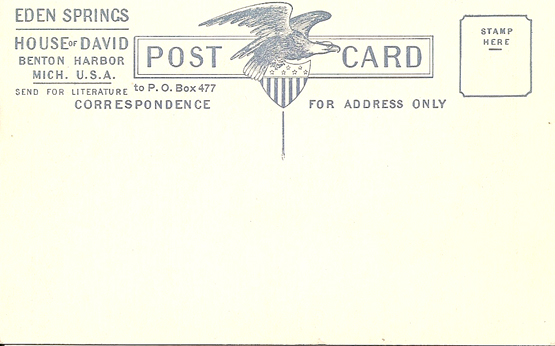 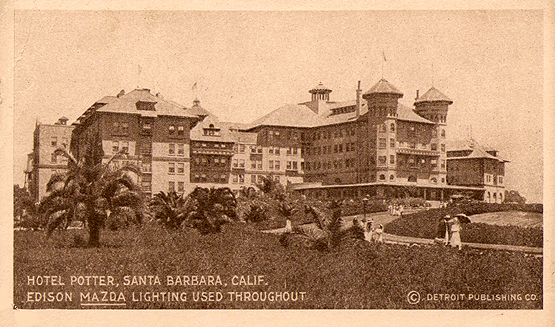 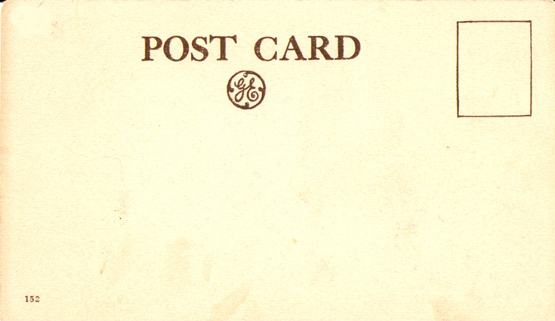 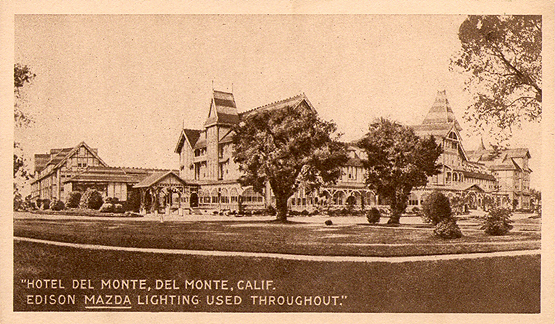 Not particularly "pretty" cards, but I do like the vintage GE logo on the back. The Hotel Potter card shows that it was made by the Detroit Publishing Co. The bottom card looks like it is from the same, but bears no markings.

The Hotel Potter was completed in 1903 and immediately became a landmark on the Santa Barbara coastline. Sadly it burned to the ground only 18 years later. The Hotel Del Monte was opened in 1880 by Charles Crocker (one of the Big Four that developed the Southern Pacific Railroad). The Del Monte was a favorite of the rich and famous. A young William Randolph Hearst practically lived at the Del Monte.

Mazda was a trademarked name registered by General Electric in 1909 (Thomas Edison formed GE in 1892) for incandescent light bulbs.

Anyone know if the light bulbs in the "Lovelight" series were Edison Mazda bulbs??