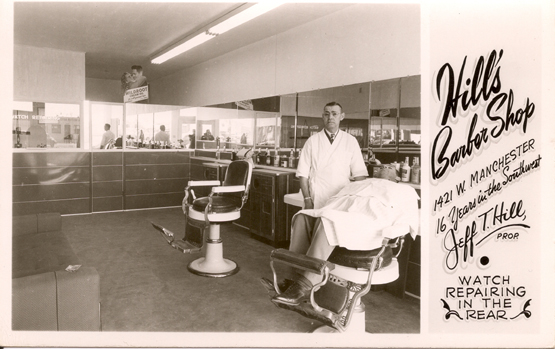 Looking more like "Sweeney Todd" than your average barber, owner Jeff T. Hill poses for his RPPC advertising his trade! I'm guessing late 40's, early 50's. The only RPPC I've run across with the photographer in the picture...do you see him in the mirror? 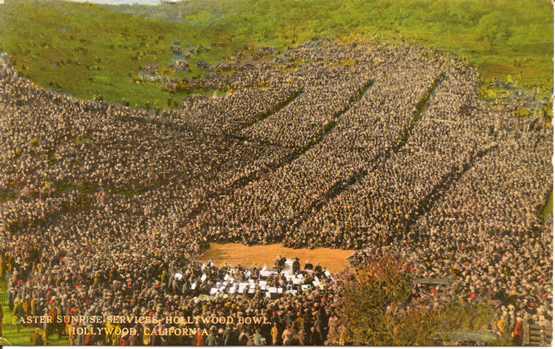 The Bowl officially opened on July 11, 1922 on the site of a natural amphitheater formerly known as the Daisy Dell. The "bowl" refers to the shape of the concave hillside the amphitheater is carved into. 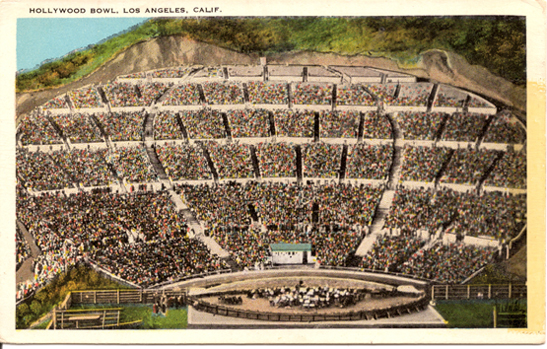 In the early 20's an architect was contracted to regrade the Bowl, providing permanent seating. These improvements did provide increased capacity (the all-time record for attendance was set in 1936, when 26,410 people crowded into the Bowl), but were otherwise disappointing, as the regrading noticeably degraded the natural acoustics 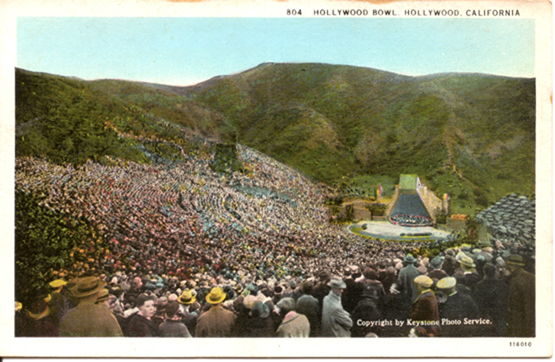 For the 1927 season, Lloyd Wright (son of Frank) built a pyramidal shell, with a vaguely Southwestern look, out of left-over lumber from a production of Robin Hood. This was generally regarded as the best shell the Bowl ever had from an acoustic standpoint; unfortunately, its appearance was deemed too avant-garde, and it was demolished at the end of the season. 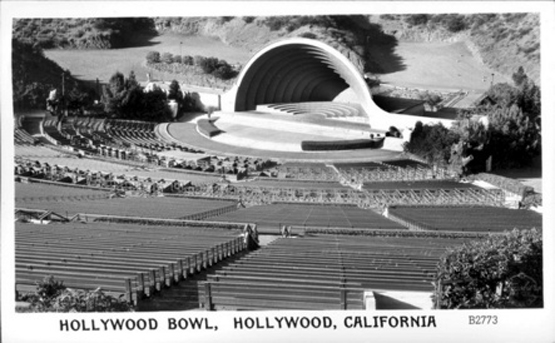 For the 1929 season, the Allied Architects built the shell that stood until 2003, using a transite skin over a metal frame. Its acoustics, though not nearly as good as those of the Lloyd Wright shells, were deemed satisfactory at first, and its clean lines and white, almost-semicircular arches were copied for music shells elsewhere

While I don’t have an up-to-date postcard of the Bowl,

I “borrowed” this photo to show what it looks like today.