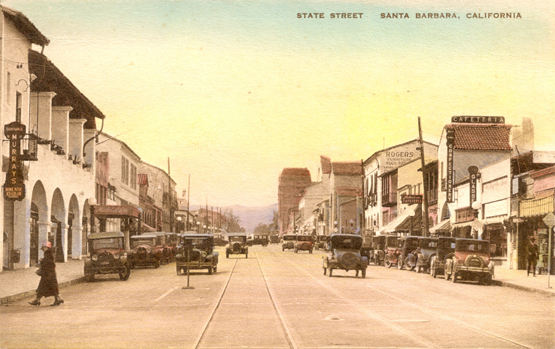 These views of Santa Barbara are published by W.W. Osborne of Santa Barbara. The cards were manufactured by the Albertype Co. of Brooklyn, New York. When the divided back postcard were authorized, the Albertype company created a line down the back of their cards with the words "Post Cards of Quality"...and I couldn't agree more! These cards also label "Hand-Colored" on them. The coloring on these cards (and the other cards of theirs that I have) is done with subtlety. Unlike many colored cards that tend to be bold and garish. 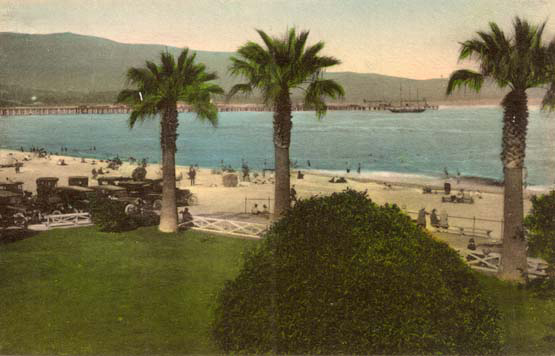 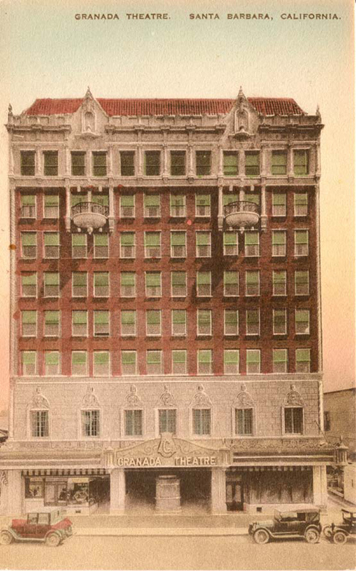 's first and only eight-story building was designed by A.B. Rosenthal and constructed by Charles Urton and opened April 9, 1924. Urton had never attempted a steel high-rise before, so he sent away for a series of "how-to" books to assist him in completing the project. After the earthquake of 1925 did almost no damage to the new structure, Urton proudly hung a banner from the top floor of the building proclaiming: "Built by Charles M. Urton, Builder." The has been completely restored and is home to the for the Performing Arts.