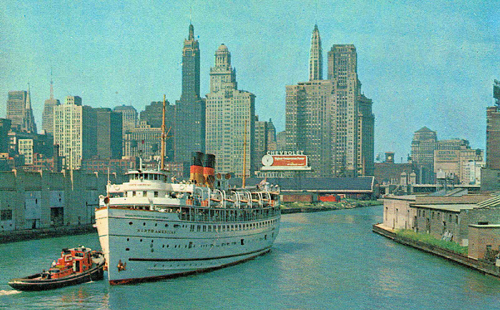 SS North American was a Great Lakes steamboat built by the Great Lakes Engineering Works at Ecorse, Michigan in 1913 for the Chicago, Duluth & Georgian Bay Transit Company. The vessel was launched on January 16, 1913 and was the oldest of two sister ships, the newer one being the SS South American.

While the North American was on the being towed to Piney Point, she unexpectedly sank on September 4, 1967. The location was 25 miles (40 km) northeast from Nantucket Light, where the bottom is at 400 feet (120 m). The wreck still remains at this location.

I suspect that this unused chrome postcard is from the late 50's, early 60's. 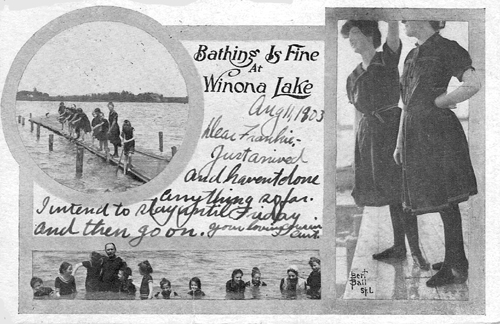 In 1894 The Presbyterian Church of Indiana purchased the land, a transaction that was negotiated by Solomon C. Dickey. He would become an honored figure in . Dickey established the Winona Assembly and Summer School in 1895. 1915 brought a significant setback: financial ruin. Due in part to losses in railroad revenue, the Assembly was forced to declare bankruptcy. 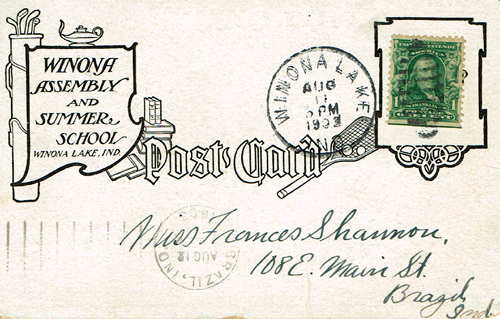