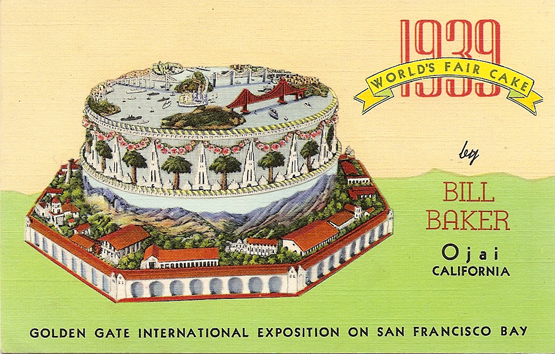 I would have loved to have seen this cake in person. The postcard doesn't really give you a feel for the size of this beast! Here is a little bit of info regarding Bill Baker:

Mr. Baker has been called the World’s Greatest Cake Decorator. Baker's style of decorating is a lost art today. He created personalized birthday and Christmas cakes for presidents such as Calvin Coolidge, Herbert Hoover and Franklin D. Roosevelt.

His greatest achievement was a cake named “Wonder of Treasure Island” (weighing 1,000 pounds), which was presented at the 1939  World’s Fair. It featured a replica of Treasure Island, the 19 California Missions, the   and . A near life-size picture of this masterpiece along with several other pictures of Baker’s creations and the stories behind them are displayed in the Ojai bakery today. 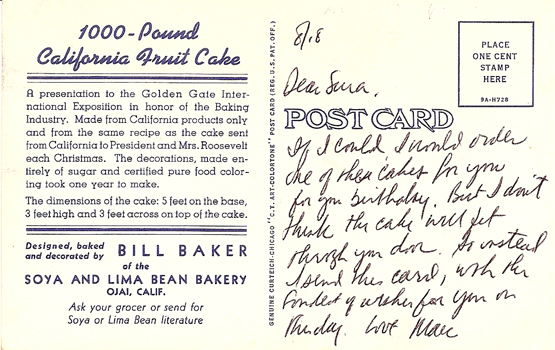