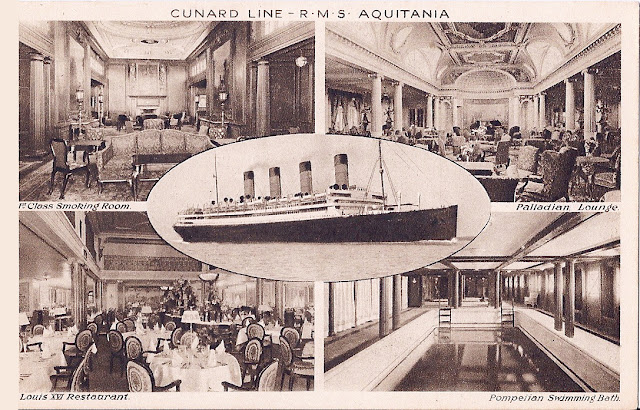 RMS Aquitania was a British ocean liner of the Cunard Line in service from 1914 to 1950. She was designed by Leonard Peskett and built by John Brown & Company in Clydebank, Scotland. She was launched on 21 April 1913 and sailed on her maiden voyage from Liverpool to New York on 30 May 1914. Aquitania was the third in Cunard Line's grand trio of express liners, preceded by RMS Mauretania and RMS Lusitania, and was the last surviving four-funneled ocean liner. Shortly after Aquitania entered service, World War I broke out, during which she was first converted into an auxiliary cruiser before being used as a troop transport and a hospital ship, notably as part of the Dardanelles Campaign. Aquitania ended her career as the longest-serving Cunard vessel, a record which stood for six years until overtaken by RMS Scythia's service record of 37 years. In 2004 Aquitania's service record was pushed into third place when Queen Elizabeth 2 became the longest-serving Cunard vessel. 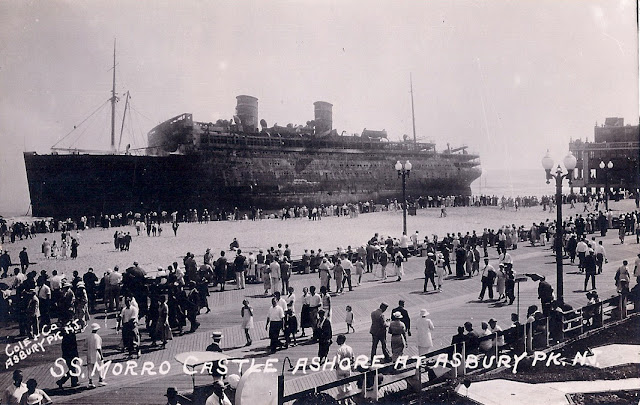 The SS Morro Castle was an American ocean liner of the 1930s that was built for the Ward Line for voyages between New York City and Havana, Cuba. The ship was named for the Morro Castle fortress that guards the entrance to Havana Bay. On the morning of September 8, 1934, en route from Havana to New York, the ship caught fire and burned, killing 137 passengers and crew members. Morro Castle eventually beached herself near Asbury Park, New Jersey, and remained there for several months until she was towed off and scrapped.
Posted by slt1954@gmail.com at 7:29 PM No comments: 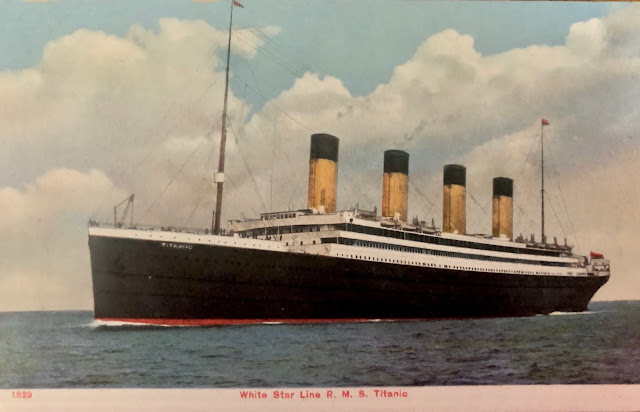 One of my first (and most cherished) postcard finds over 40 years ago. I went to a little estate sale/thrift shop in Venice California and came upon a very old postcard album. The shop owner was selling the cards individually. After looking through the album, I approached her and asked how much for the entire album...she wasn't sure what to say. I don't remember what the final number was but I don't think it was more than $20-$30. I still have all of the cards but the album was worn and has faded away.

Not really sure anything else needs to be said. We all know the story... 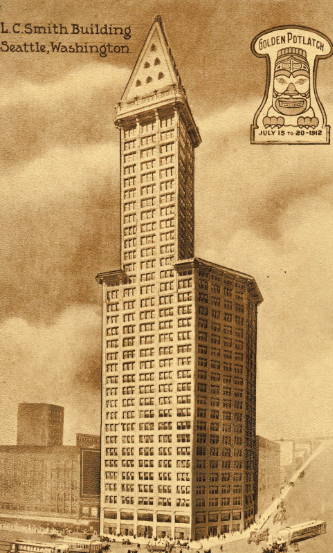 
Smith Tower is a skyscraper in Pioneer Square in Seattle, Washington. Completed in 1914, the 38-story, 484 ft (148 m) tower is the oldest skyscraper in the city, and was among the tallest skyscrapers outside New York City at the time of its completion. It was the tallest building west of the Mississippi River until the completion of the Kansas City Power & Light Building in 1931. It remained the tallest building on the West Coast for nearly half a century until the Space Needle overtook it in 1962.

The Golden Potlatch (or Potlatch Days) was a festival in Seattle, Washington, in 1911–1914 and 1934–1941. The idea of an annual Festival in Seattle followed the success of the Alaska–Yukon–Pacific Exposition in 1909. The 'Golden Potlatch' event was conceived to keep Seattle in the public eye. Seattle wanted to have an event that would challenge the Portland Rose Festival and gain national attention. 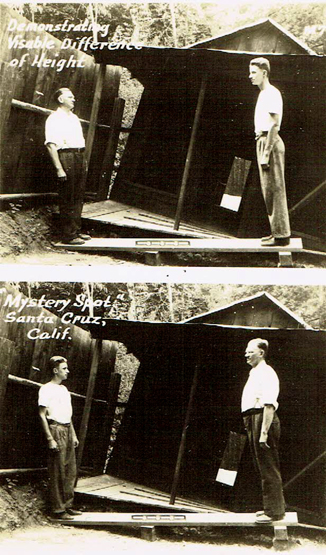 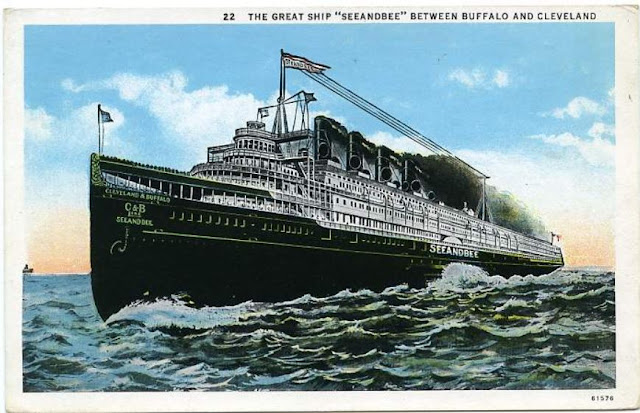 The Cleveland & Buffalo Transit Co. (C&B), a popular steamship line and later a trucking firm, was established by Morris A. Bradley in 1885 and incorporated in 1892, with Bradley as president. Passenger and freight service was initiated between Cleveland and Buffalo on the "State of Ohio" and the "State of New York," leaving Cleveland from the foot of St. Clair Ave, and in 1896, the "City of Buffalo" was added. The "City of Erie" replaced the "State of Ohio" in 1898, providing night service from Cleveland to Toledo. In 1914 Cedar Point and Put-in-Bay were added to the C&B route.

As passenger service became increasingly popular, the luxurious "SEEANDBEE," a costly sidewheel passenger steamer, began regular trips between Cleveland and Buffalo in 1913. At that time, the C&B and the Detroit & Cleveland (D&C) line obtained a 50-year lease from Cleveland for the property at the foot of 9th St. for $55,000. There the two companies built the E. 9th St. Pier and a new lake terminal, dedicated in 1915; in exchange, the city built a bridge over the E. 9th St. railroad tracks, paved the E. 9th St. approach, and provided a street railway to the pier.