King’s Tropical Inn stood at 5935 Washington Blvd in the 1920s and 1930s. It was known for its chicken dinners but, as you can see on this promotional postcard, they also served squab. The squab was a dish that I regularly came across when researching menus of the era so eventually, I looked it up. Ugh! No wonder we don’t see it much anymore. Squab is the meat from young domestic pigeon and is widely described as tasting like dark chicken 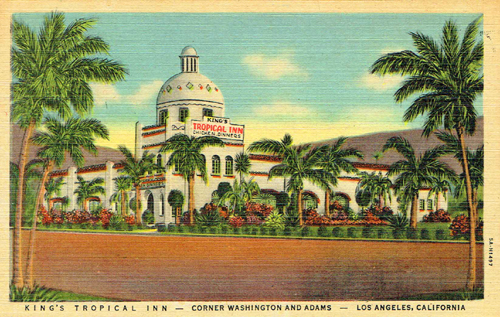 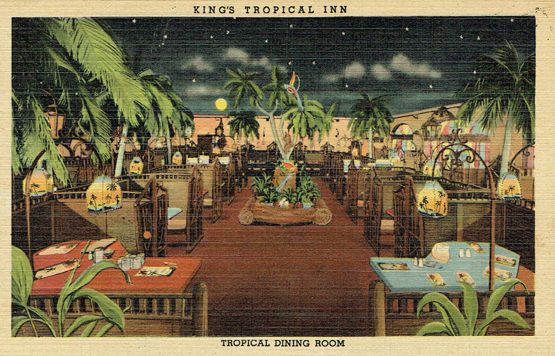 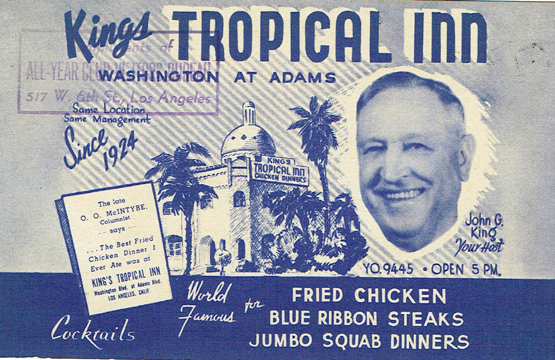 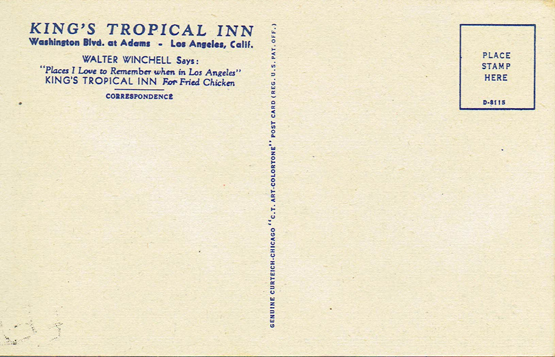 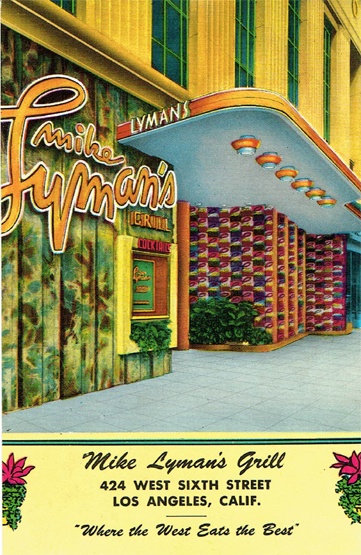 Mike Lyman's Grill (there were two locations, in Hollywood and Downtown, and Lyman also ran the Flight Deck restaurant at what was then the Los Angeles Municipal Airport), but a menu from the place, also dating from 1935, proves an astonishing document. To begin with, some 25 varieties of fish and shellfish were offered, including Coos Bay, Blue Point and Olympia oysters, English sole, striped bass, Catalina sand dabs, imported Irish salt mackerel and a dish called fried barracuda Maitre d'Hotel. 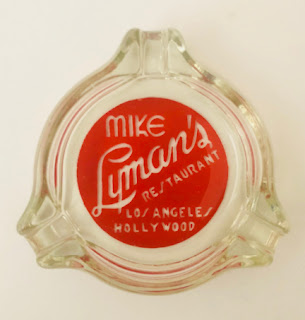 UPDATE: Turns out I own a Mike Lyman's ashtray!