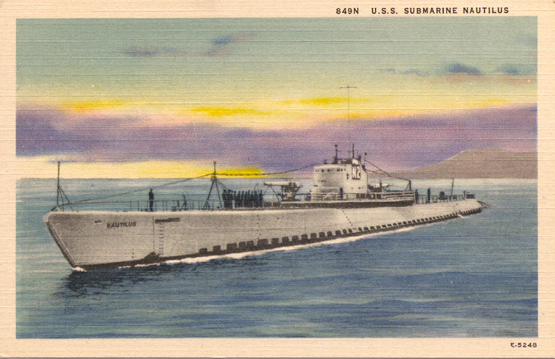 In July 1951 the United States Congress authorized the construction of a nuclear-powered submarine for the U.S. Navy. In December 1951 the U.S. Department of the Navy announced that the submarine would be called Nautilus. Nautilus's keel was laid at General Dynamics' Electric Boat Division by President Harry S. Truman, on June 14, 1952. She was christened on January 21, 1954. She was decommissioned in 1980 and has been preserved as a museum of submarine history in Groton, Connecticut. 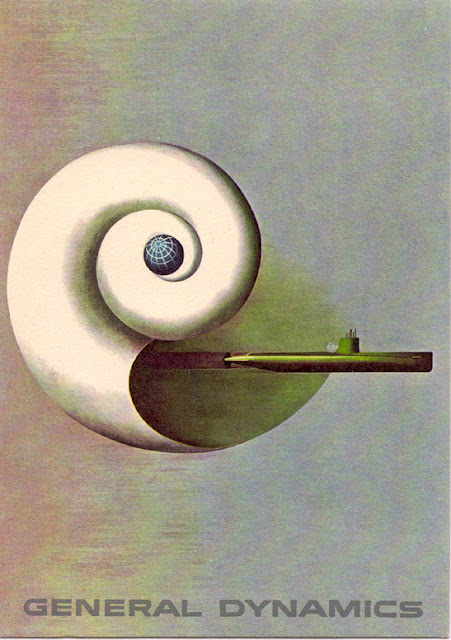 This continental sized postcard is from a set of posters designed by Erik Nitsche. You can see my set of these cards here: General Dynamics