Continuing with  the nautical theme... 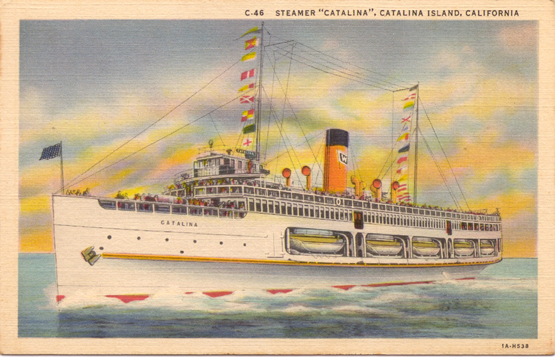 The S.S. Catalina was built in 1924, and for 51 years served passengers crossing the San Pedro Channel between Los Angeles Harbor and Avalon, California. During that time, she carried 25 million people, reportedly more than any other ocean-going ship in history. During World War II, as a troop transport in , she broke records by ferrying 820,199 men, more than any other U.S. Army Transport.

Sadly, after many attempts to save her, the S.S. Catalina Steamship Fund became inactive and she sat for years in the harbor at . In 1997, water began seeping in through the propeller shaft. The ship began to sink slowly by the stern (photo below). Finally in 2009, what was left of the S.S. Catalina was cut up for scrap...no way to treat a lady :\ 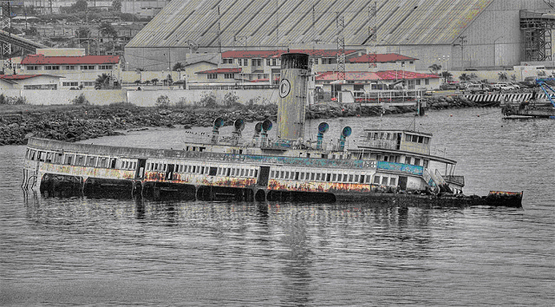