It's Wonderful at the Whitcomb! 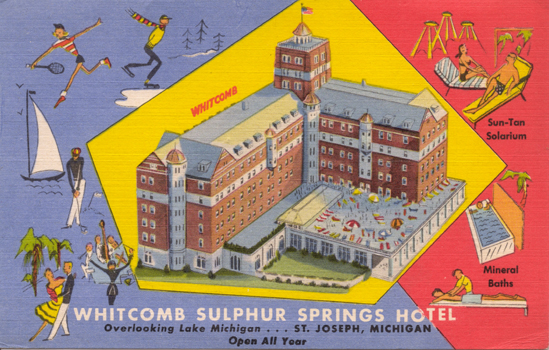 This card makes me feel good! I don’t know if it’s the bright colors, the cartoonish figures or seeing all of the fun that one could have there, but it makes me smile!

The Whitcomb opened its doors to an elite and admiring crowd on May 3, 1928 when the "roaring twenties" were still roaring, and Americans, many of them rich, albeit only on paper, were enjoying unprecedented prosperity.

Not surprisingly, the Whitcomb became a gathering place for an A-list of celebrities, among them Joe DiMaggio, Eleanor Roosevelt among others.

Unfortunately, a combination of factors, including the Depression, WWII and the end of steamship passenger service in the latter part of the 1940s, caused the hotel to hit a downward spiral from which it never fully recovered.

Beset by hard times, the Whitcomb closed its doors as a hotel for good in November, 1966. The Whitcomb was reopened after extensive renovations as a retirement residence on March 15, 1973. 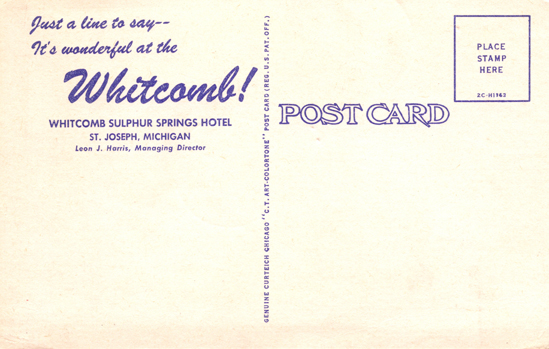