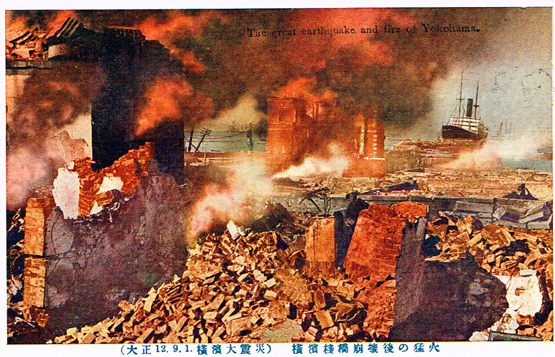 I found this unused Japanese postcard while going through my box of "yet-to-be-sorted" cards. I don't have many foreign cards in my collection but thought this one to be interesting. Some background below regarding the quake.