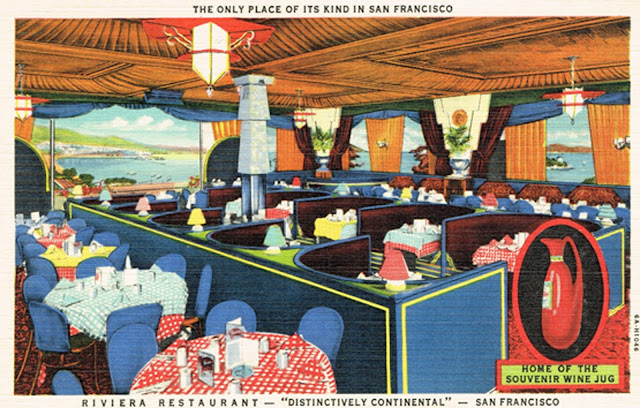 A colorful 1930's linen of the "Distinctively Continental" Rivera Restaurant
in San Francisco.

I couldn't find any info on the Niagara Wall Paper Company, but I'm pretty sure they were in Niagara Falls, N.Y and they made wallpaper...guaranteed! 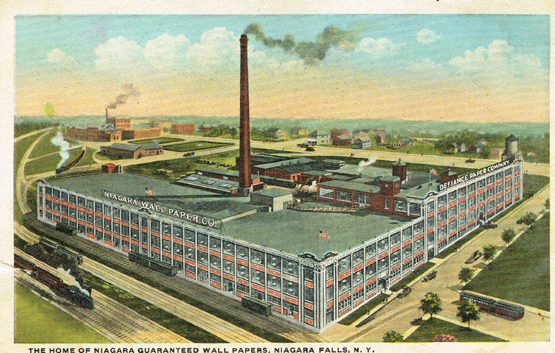 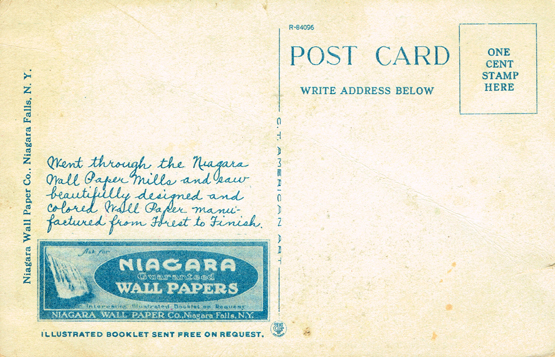 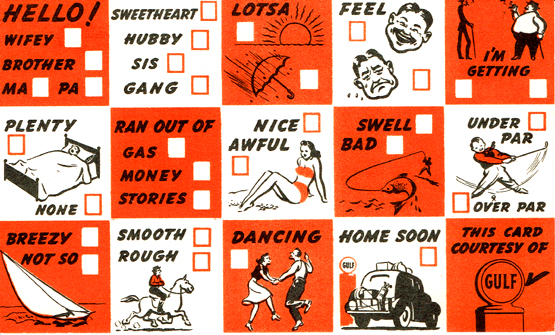 Gulf Oil was a major global oil company from the 1900s to the 1980s. The eighth-largest American manufacturing company in 1941 and the ninth-largest in 1979, Gulf Oil was one of the so-called Seven Sisters oil companies. Gulf Oil Corporation (GOC) ceased to exist as an independent company in 1985, when it merged with Standard Oil of California.