I ran across my first SS Eastland postcard a few years ago. I was surprised that I had never heard of the Eastland or the disaster. A historic but sad collection of cards...

More from the Chicago Tribune:
http://graphics.chicagotribune.com/news/local/eastland/index.html 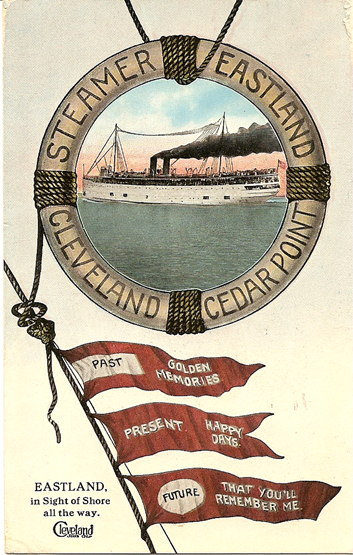 The ship was commissioned in 1902 by the Michigan Steamship Company and built by the Jenks Ship Building Company. In April 1903, the ship was named by Mrs. David Reid of South Haven, . She received a prize of $10 and a one-season pass on the ship. The ship was named in May, immediately before its inaugural voyage. 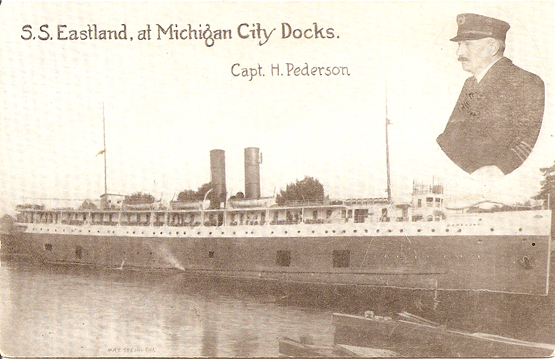 #2
The ship soon proved to have design flaws making it susceptible to listing. In effect, it was too top-heavy—its center of gravity was too high, especially when passengers congregated en masse on the upper decks. In July 1903, a case of overcrowding caused the Eastland to list and water to flow up one of its gangplanks. The situation was quickly rectified, but was only the first of many incidents. Later in the month, the stern of the ship was damaged when it backed into the tugboat George W. Gardner. August 1906 saw another incident of listing that resulted in the filing of complaints against the Chicago-South Haven Line, which had purchased the ship earlier that year. 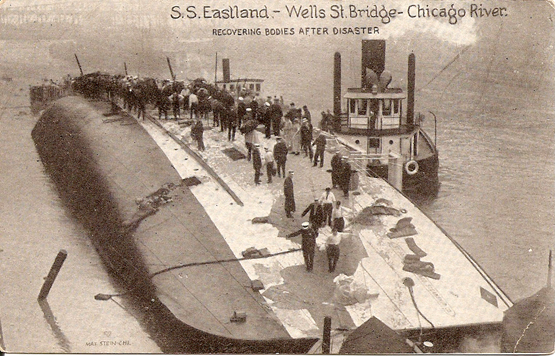 On the fateful morning of Saturday, July 24, 1915, passengers began boarding the Eastland on the south bank of the Chicago River between  and LaSalle Streets around 6.30 a.m., and by 7:10, the ship had reached its capacity of 2,572 passengers. The ship was packed, with many passengers standing on the open upper decks, and began to list slightly to the port side (away from the wharf). The crew attempted to stabilize the ship by admitting water to its ballast tanks, but to little avail. Sometime in the next 15 minutes, a number of passengers rushed to the port side, and at 7:28, the Eastland lurched sharply to port and then rolled completely onto its side, coming to rest on the river bottom, which was only 20 feet below the surface. Many other passengers had already moved below decks on this relatively cool and damp morning to warm up before the departure. Consequently, hundreds were trapped inside by the water and the sudden rollover; others were crushed by heavy furniture, including pianos, bookcases, and tables. Although the ship was only 20 feet from the wharf, and in spite of the quick response by the crew of a nearby vessel, the , which came alongside the hull to allow those stranded on the capsized vessel to leap to safety, a total of 844 passengers and four crew members died in the disaster. Many were young women and children. 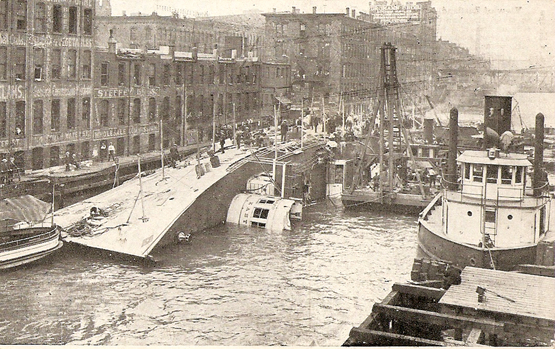 Writer Jack Woodford witnessed the disaster and gave a first-hand account to the Herald and Examiner, a newspaper. In his autobiography, Woodford writes:

"And then movement caught my eye. I looked across the river. As I watched in disoriented stupefaction a steamer large as an ocean liner slowly turned over on its side as though it were a whale going to take a nap. I didn't believe a huge steamer had done this before my eyes, lashed to a dock, in perfectly calm water, in excellent weather, with no explosion, no fire, nothing. I thought I had gone crazy." 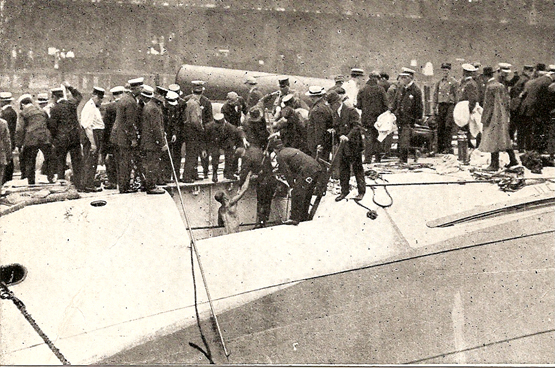 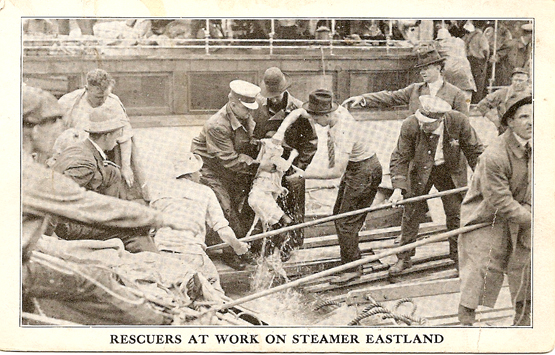 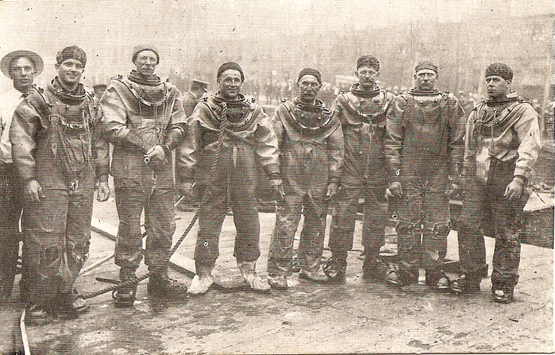 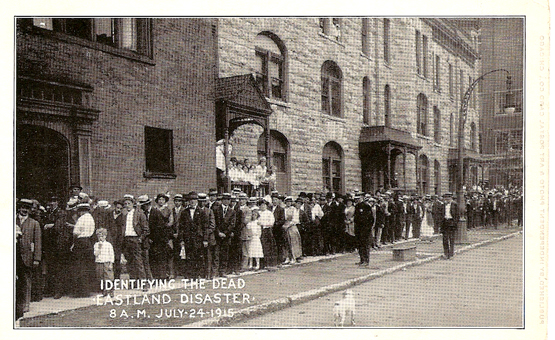 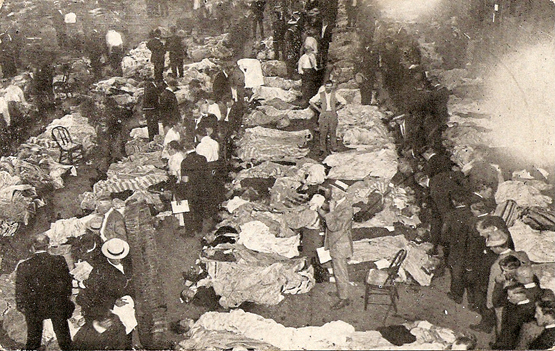 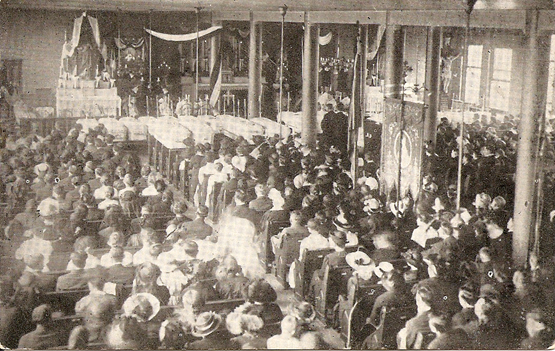 Postcards #2,3,7 and 9 do not have any publishers name although there is a design with a heart in the center which says Trade Mark.